How the heck was your St. Patrick's Day weekend? 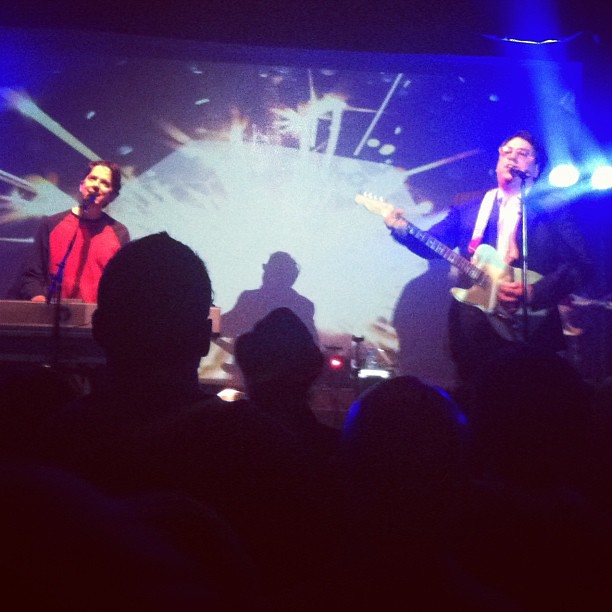 While mine had nothing to do really with the green-clad drinking festivities, it was still a blast.  Saturday night my middle-school dreams came true, as I finally got to see a They Might Be Giants concert.  And it was at the Vic to boot, which is one of my favorite venues.  The new TMBG album is rockin' and fun and the show was everything I hoped it could be. 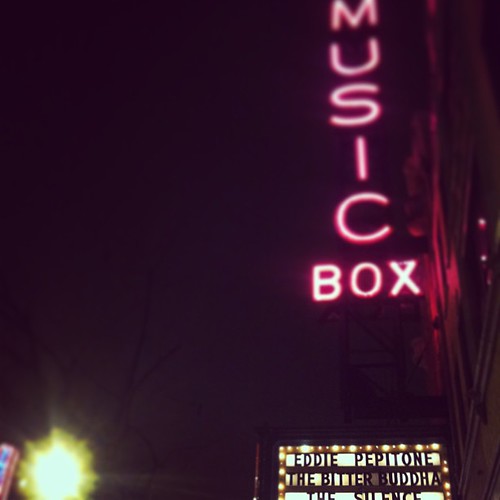 Friday date-night fun at the Music Box - after filling our bellies full of tapas and sangria we went to see Eddie Pepitone present his documentary, The Bitter Buddha.  As a Pepitone fan it made me happy - but I think it's just a good documentary all around and if you're into the stand-up comedy and alt-comedy scene it's for sure worth a rental.  It was particularly interesting to see both in the film and in the theater audience the effect that podcasting has had on this culture.

St. Patrick's Day, Sunday, we did nothin'.  I'm not big on the Chicago celebration madness - even just going to the Vic was completely nuts on Saturday night.  So, like last year, hiding inside most of the day and drawing pictures and eating pancakes.  Later in the afternoon it was out to a quiet bar for some beer & sketch-bookin' 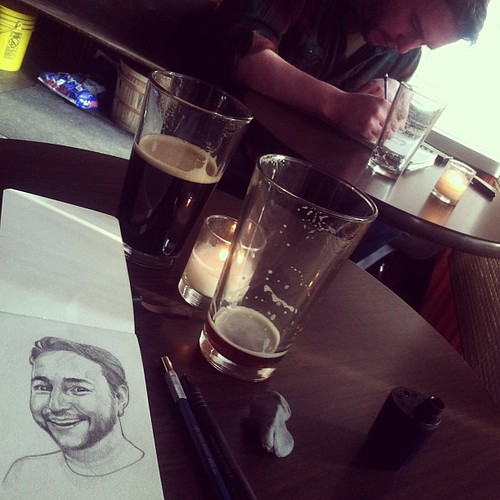 Where I finished up this little moleskine doodle of Alex 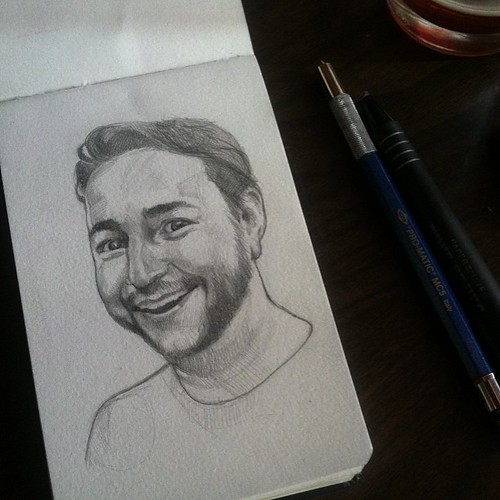 And then I just did some goofy doodles, while watching Leprechaun at Lock Down, ha! 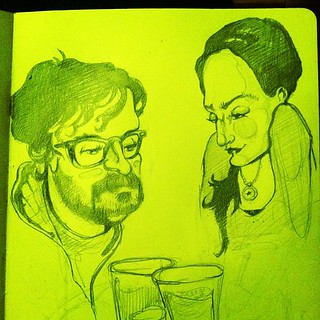 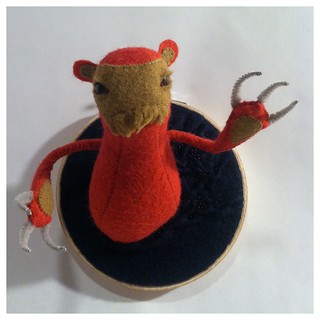 These two monsters are now available in my Etsy Shop! 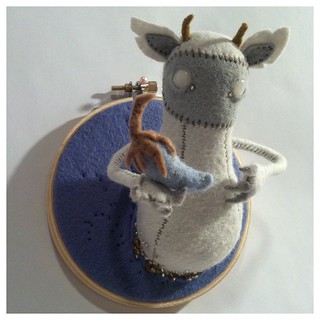 melissasue.etsy.com
Along with a new embroidery piece 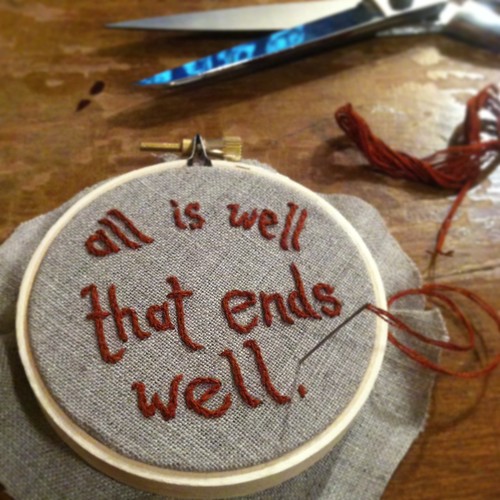 The rest of the week is going to be getting work finished for the two shows next month.
Lots of tiny sewing to do for Stitched! 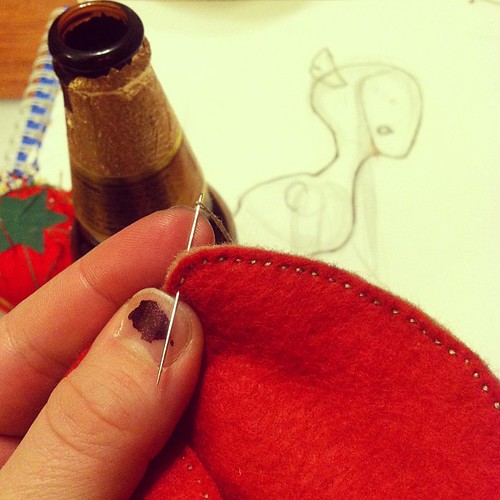 And lots of painting and drawing to do for Saturday Morning Cartoons! 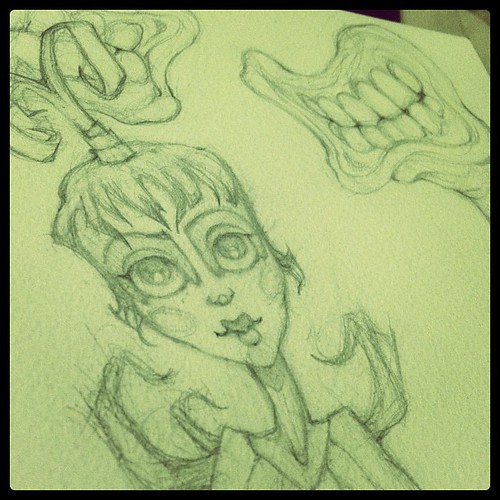